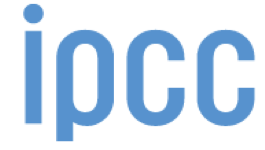 GENEVA, 11 September – In response to recent articles about forthcoming meetings of the
Intergovernmental Panel on Climate Change, the IPCC would like to note that:
Contrary to the articles the IPCC is not holding any crisis meeting. The IPCC will convene a plenary session to finalize the Working Group I contribution to the IPCC’s Fifth Assessment Report, in line with its normal procedures, in Stockholm on 23-26 September 2013. The session has been scheduled for several years and this timetable has been repeatedly publicized by the IPCC.
As part of the IPCC’s regular procedures, member governments were invited to comment on the final draft of the Summary for Policymakers of the Working Group I report ahead of the Stockholm meeting. Over 1,800 comments were received – a typical number for this exercise – and they will be considered as planned at the meeting in Stockholm. The Summary for Policymakers is due to be released on 27 September 2013. The accepted Final Draft of the full Working Group I report, comprising the Technical Summary, 14 Chapters and three Annexes, will also be released online in unedited form, on Monday 30 September. Following copy-editing, layout, final checks for errors the full Working Group I report “Climate Change 2013: The Physical Science Basis”, and its Summary for Policymakers will be published online in January 2014 (tbc) and in book form by Cambridge University Press a few months later.
For more information contact:
IPCC Press Office, Email: ipcc-media@wmo.int
Jonathan Lynn, + 41 22 730 8066 or Werani Zabula, + 41 22 730 8120

Get timely updates from your favorite products